Determining if permissions are impacting the layout
671 views
Number: KB0539984

Determining if permissions are impacting the layout

The variables may not appear correctly, even after

If this occurs, read permissions may be blocking the variables from appearing correctly.

To view permissions for the variables, the easiest way is to add the Read roles column to the Variables related list on the relevant catalog item:

If a variable is set up with read roles, it does not appear to users without those roles.

For example, this item has the itil read role associated with the Provide Date/Time variable:

Users with the itil role see the Provide Date/Time variable:

Users without the itil role do not see the Provide Date/Time variable:

Setting roles on container records can have a confusing impact. If a container is set up for a role that the logged-in user does not have, all the variables within the container are hidden. For example:

In this example, a user without itil does not see any variables:

Also see KB0539982: Determining if you are using the correct container variable.

The following example shows all variables that are restricted by create roles to itil only: 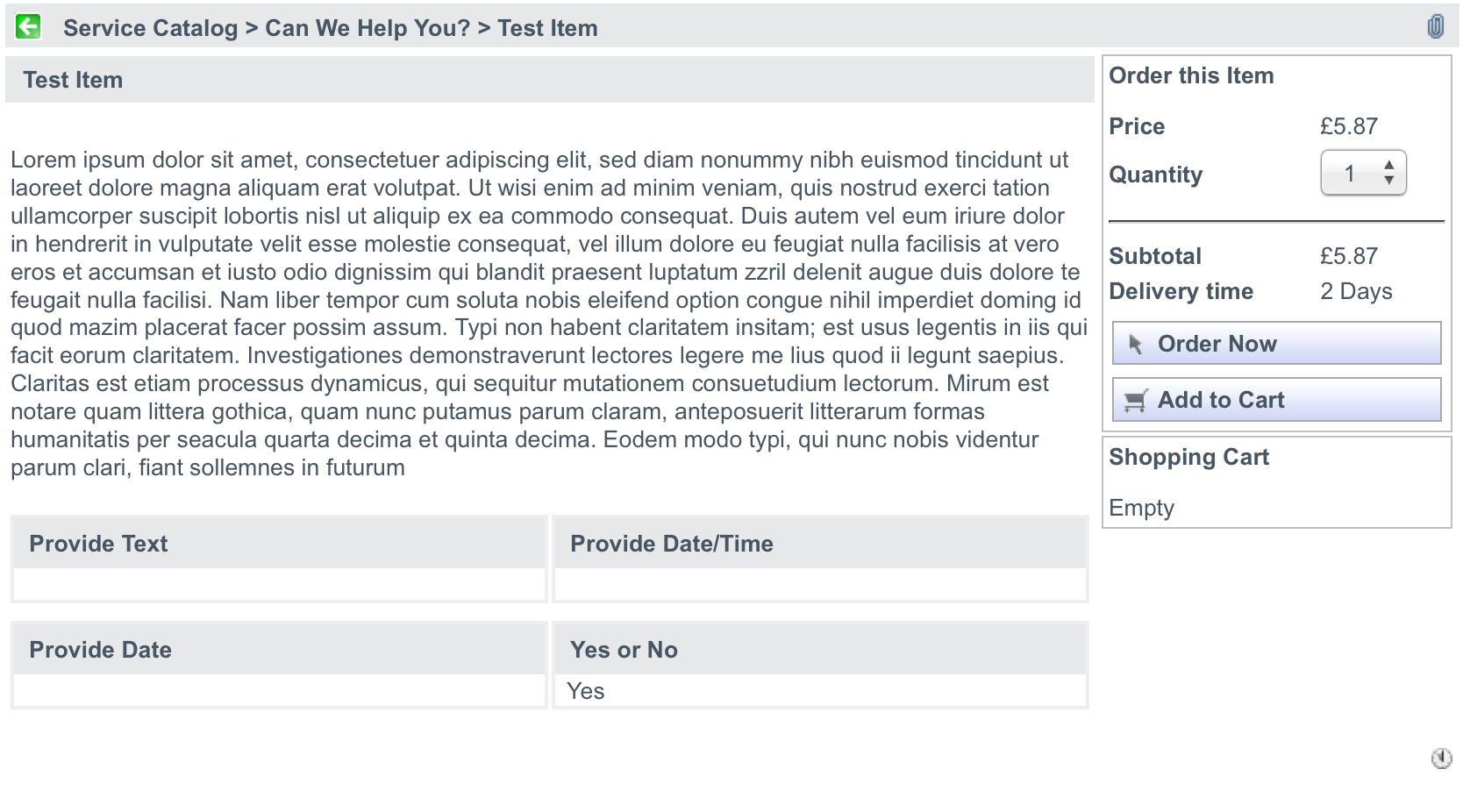